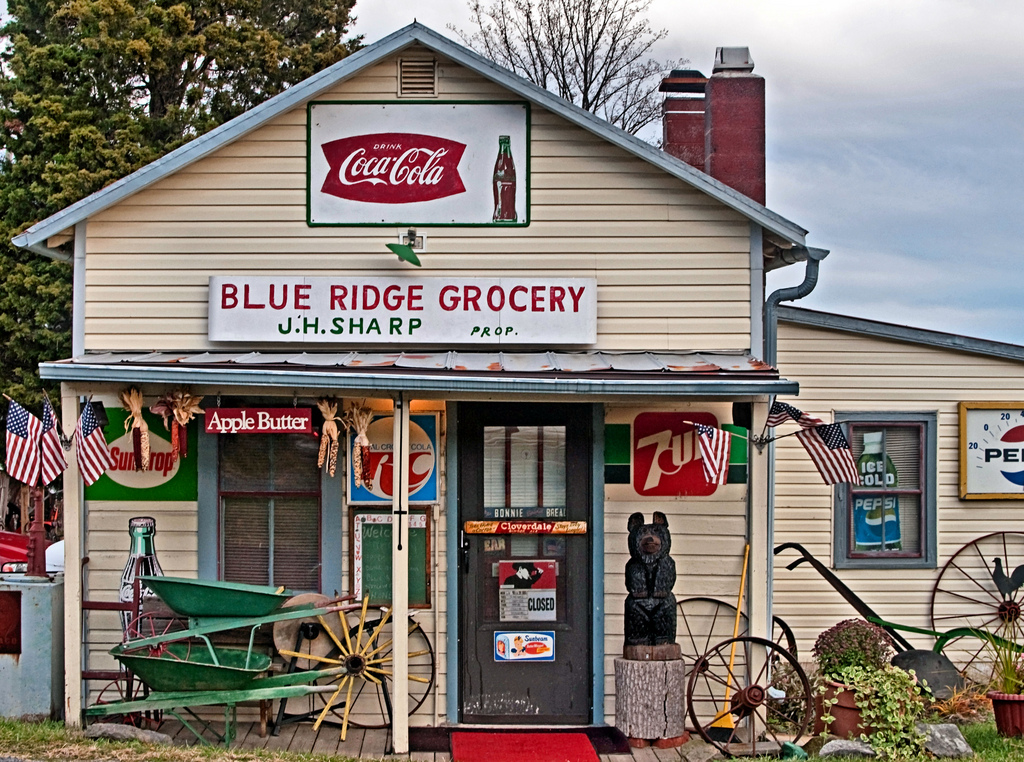 Tucked alongside a swooping curve of Route 522 as it descends from Rappahannock County’s Chester Gap, the Blue Ridge Grocery was originally established in 1929 by Henry W. Reager, who operated his business out of the front half of what was at the time his house. Today, the entire building serves as the store and the current proprietor, a man named Jack Sharp, who sports a mustache and mischievous grin, lives in a house out back. 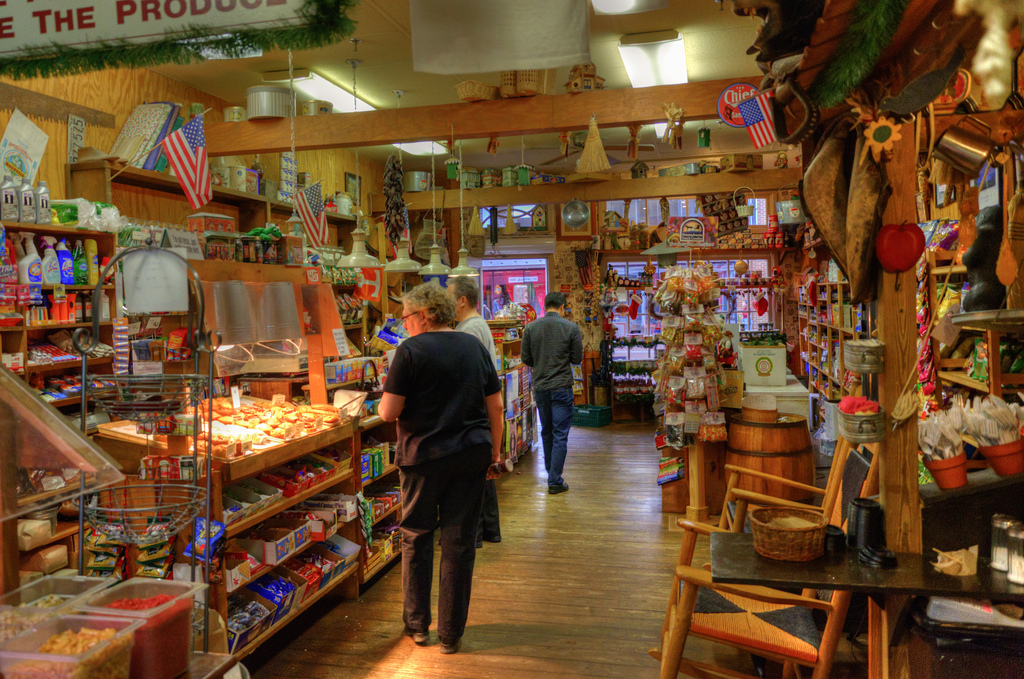 “I always wanted to own a country store,” explains Jack, who took over the Grocery in 1986. As he describes the other jobs he has held, it’s clear that he’s not someone who likes a lot of the same. He’s been an animal warden in Rappahannock and an electrician on the U.S.S. America. Also, a photographer. At NASA, he worked on developing the infamous “Earthrise” photo. You know it – it’s the one of Earth rising over a lunar landscape, taken by Apollo astronauts from the Moon. 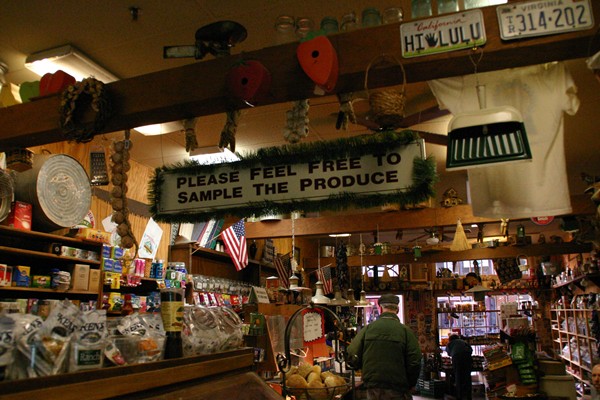 The store itself has every bit the eclectic feel of Jack’s career history. The front yard is decorated with brightly painted old wheelbarrows and plows. Old soda signs adorn the outside walls. The notice on the front door informs customers that the store is “open by occasion.” Inside feels a little bit like a carnival that has come unspun. 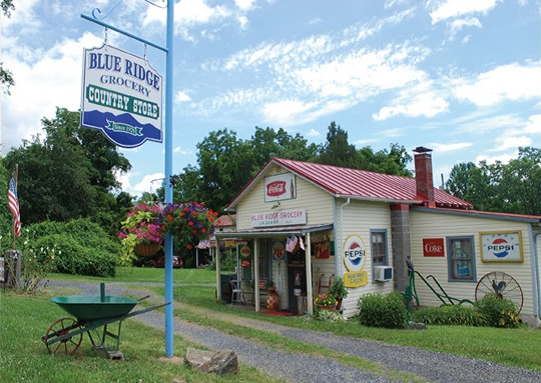 “If I don’t have it, you don’t need it,” Jack proclaims, and while it’s true that the store does offer up a variety of essentials on a spectrum that seems to run from Advil to toothpaste to ice, it really is much more of an antique shop and art gallery than a market.